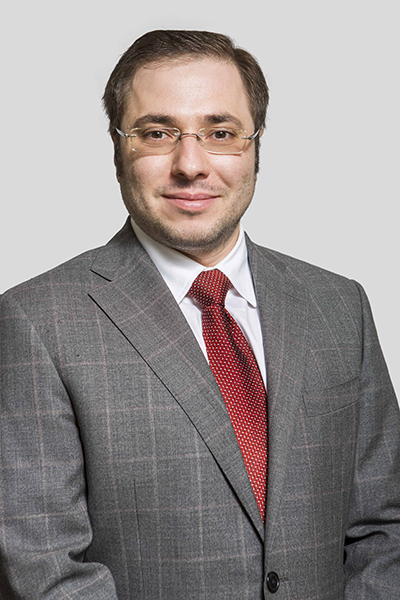 After leaving the courts, Mikhail worked as a commercial litigator when he joined the team at Klein Slowik, PLLC. A decade of working as a court attorney, taking active social roles and advocating for clients in complex, non-standard circumstances has given Mikhail valuable insight into the subtle intricacies of civil litigation. Mikhail’s ability to consistently develop creative solutions to tackle complex legal issues has become a valuable asset to our firm.

For the past five years, Mikhail has also concurrently served as a General Counsel at Congregation Tifereth Torah. This role is a great honor to advise a religious congregation numbering in the thousands on matters of religious corporations law, real estate law, tax law, and legal issues pertaining to nonprofit institutions.

© Copyright 2022. Klein Slowik PLLC. All Rights Reserved.
This is New York Attorney Advertising. This website is designed for general information only. The information presented in this site should not be construed to be formal legal advice nor the formation of a lawyer/client relationship. Prior results do not guarantee a similar outcome.