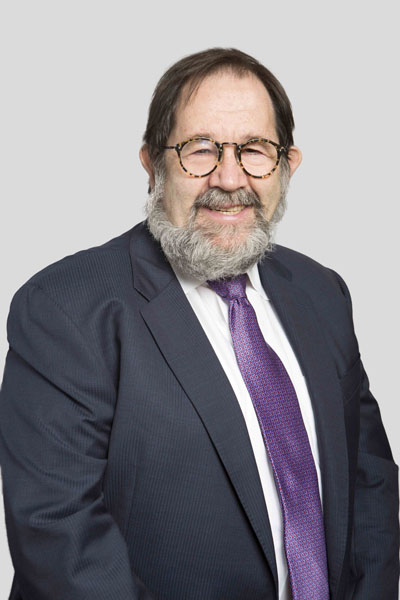 Founding partner Stuart A. Klein has held several positions in New York City government, notably as General Counsel or Inspector General of the Department of Buildings, Department of City Planning, City Planning Commission, and Board of Standards and Appeals. Since its inception in 1987, the firm has represented property owners, construction professionals, and civic groups, with a focus on the City’s construction, building, and zoning codes. Our attorneys have extensive experience with civil litigation, and we maintain a strong focus on administrative law, helping our clients navigate the dense regulatory environments of city, state, and federal agencies.

Stuart Klein began his career as an Assistant District Attorney in Kings County, where he served as a senior attorney in the Rackets Bureau, investigating organized crime and political corruption. For more than a decade, Stuart held senior positions in the City agencies with oversight over construction and land use, notably as General Counsel or Inspector General of the New York City Department of Buildings, Department of City Planning, City Planning Commission, and Board of Standards and Appeals, and as a senior advisor in Office of the Mayor.

In his many leadership roles, Stu drafted legislation and agency regulations, including decriminalization of the City’s building and fire codes; oversaw investigations of city employees, contractors, architects, engineers, and licensees in the construction trades; headed the Mayor’s Blue Ribbon Panel for the Construction Approval Process; helped establish several municipal offices and agencies; and served as a liaison between city government and the development and construction industries.

Since entering private practice in 1987, Stu has represented hundreds of design professionals and construction licensees, such as crane operators, plumbers, and electricians, in disciplinary proceedings initiated by the New York City Department of Buildings, and in challenges to rulings of DOB and other agencies in Article 78 proceedings in New York State courts. Stu has also been a constant presence at the New York City Board of Standards and Appeals, representing property owners seeking variances from strict requirements of the New York City Zoning Resolution, permissions for special permit uses, and relief from DOB code interpretations.

Stu has earned particular recognition for opposition work, representing neighborhood associations and property owners in efforts to stop or minimize the impact of harmful developments in their communities. Stu also has negotiated license agreements for access to neighboring properties during construction for builders throughout the city and has successfully brought and defended actions under New York Real Property Actions and Proceedings Law §881 in cases where negotiations have broken down.

© Copyright 2023. Klein Slowik PLLC. All Rights Reserved.
This is New York Attorney Advertising. This website is designed for general information only. The information presented in this site should not be construed to be formal legal advice nor the formation of a lawyer/client relationship. Prior results do not guarantee a similar outcome.